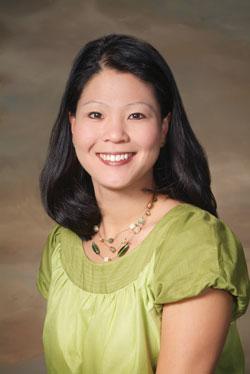 "I am very humbled and honored to join the distinguished list of Farley Award winners,” said Dale. “Twelve years ago, [retired Virginia Credit Union CEO] Jane Watkins took a chance on a Kindergarten teacher and she empowered me to reach out to people who needed our help the most: those members who needed hope in their financial situations and students in grades K-12 who needed help and knowledge in preparing for their financial futures.

“It’s that idea and principle of ‘People Helping People’ which sets credit unions apart from other financial institutions,” said Dale. “That principle is the one key differentiator that makes all the difference. That principle drives us to bring hope to those who feel hopeless by giving them the tools they need to reach their financial goals.”

The Eugene H. “Gene” Farley Jr. Award of Excellence is presented to a credit union professional or volunteer official in recognition of his or her outstanding contributions to an individual credit union or to the credit union movement. The award recognizes achievements that exemplify credit unions’ ‘People Helping People’ philosophy. It is named in honor of the late Gene Farley, who served the League and Virginia’s credit unions for more than 40 years, including more than 30 years as president of the Virginia Credit Union League.

Dale is also the statewide chair of the Virginia Jump$tart Coalition, which promotes youth financial literacy throughout the Commonwealth. She is a past chair and longtime member of the Financial Education committees for the Virginia Credit Union League and its charitable foundation, the Credit Unions Care Foundation of Virginia.

Most recently, she was named one of four finalists for the 2019 Credit Union Hero of the Year Award, sponsored by the Credit Union National Association (CUNA). The winner will be announced in June.

A financial cooperative serving more than 278,000 members, Virginia Credit Union offers a variety of affordable banking services, loans, mortgages, and free financial education resources, with a focus on helping people be more confident with their finances. Virginia Credit Union is an equal housing opportunity lender and is federally insured by NCUA.